This week, the U.S. Fish and Wildlife Service issued permits to several counties in Southwestern Utah allowing them to resume implementing a state plan to recover the Utah prairie dog, while avoiding unnecessary burdens on their communities and private property owners. This is a significant win for collaborative conservation over the conflict that usually typifies the Endangered Species Act. 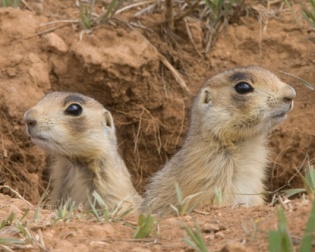 The Utah prairie dog, in particular, has been a source of conflict for decades. Federal regulation broadly forbids “take” of the species, which has prevented people from building homes in residential areas, the town from protecting playgrounds and an airport, and state biologists from moving prairie dogs from residential areas to state-owned conservation lands. In effect, the take regulation forbids anyone from doing anything related to a single member of the species, which poses particular problems when that species is a plentiful rodent living throughout residential and other developed areas.

After a lawsuit resulted in an injunction against the federal regulation, the state had a rare opportunity to pursue another path to recovering the species. (Disclaimer: I represented property owners in that lawsuit.) The state plan provided hundreds of thousands of dollars to improve prairie dog habitat on public lands and authorized state biologists to move prairie dogs from residential areas to those public lands. As I explained in a recent PERC Report, that state plan was a win for both property owners and prairie dogs:

Instead of pitting property owners and prairie dogs against each other, as the federal regulation did, Utah sought to partner with property owners to develop long-term solutions. That was “a win-win for everyone,” according to Greg Sheehan, the former director of the Utah Division of Wildlife Resources and now Acting Director of the U.S. Fish and Wildlife Service. “Prairie dogs were placed in the best suitable habitat, and private landowners who had conflicts with prairie dogs could ask that the animals be relocated to more suitable habitat.” The state had a lot to gain too, as this was its opportunity to show that it was up to the challenge of protecting species without federal interference.

Raw numbers do not capture the full extent of the change between the federal regulation and the state conservation program. Under the federal regulation, the species had been stuck in a purgatory of sorts—increasing in areas everyone knew would not provide long-term homes for the species. Under state management, prairie dog populations grew on state conservation lands where they could be permanently protected.

“Decades of federal regulation have created a lot of conflict but haven’t brought us any closer to a long-term plan to protect the Utah prairie dog,” according to Derek Morton, spokesman for People for the Ethical Treatment of Property Owner. “The future of the species is on public conservation lands managed by state biologists, not backyards, playgrounds, and other residential areas.”

Unfortunately, the Tenth Circuit overturned the district court’s injunction on appeal, restoring the federal regulation and criminalizing further implementation of the state plan. But the U.S. Fish and Wildlife Service’s decision to issue permits, allowing the counties to resume their work to recover the prairie dog, provides a happy ending to the story. Once again, the model for recovering the Utah prairie dog will be state biologists, counties, and property owners cooperating with each other, rather than federal regulations needlessly pitting property owners against prairie dogs. That’s a win for federalism, property rights, and conservation.