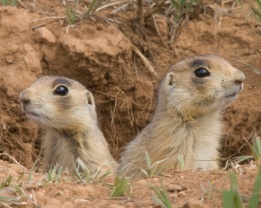 For the last three years, Utah has been implementing a successful program to conserve the Utah prairie dog—overcoming decades of ill will that have built up over the species. Since the 80s, the federal government has imposed an inflexible regulation that, with few exceptions, forbids anyone from doing anything that affects a prairie dog—which has prevented people from building homes in overrun residential neighborhoods and communities from protecting playgrounds, an airport, and a cemetery from the tunneling, barking rodent. As you can imagine, that approach has made the prairie dog a lot of enemies.

But three years ago, the federal regulation was declared unconstitutional in a lawsuit brought by PLF on behalf of People for the Ethical Treatment of Property Owners. That gave Utah an opportunity to develop a friendlier alternative. The state responded by developing a program that worked with property owners to conserve the species, without the harsh impacts on the community. In particular, the state would move prairie dogs from residential neighborhoods and other developed areas, which can’t provide a long-term home for them, and relocate them to publicly owned conservation areas. Thanks to that program, the community no longer sees prairie dogs as the enemy, and the species’ numbers have grown. Unfortunately, all of that progress is now in jeopardy.

A few weeks ago, three Tenth Circuit judges overturned the decision declaring the federal regulation unconstitutional. Restoring that regulation would forbid Utah’s program, as it makes catching a prairie dog, no matter the purpose, a federal crime. Today, I filed a petition for rehearing, asking the entire court to reconsider.

The Tenth Circuit’s decision upholds the regulation on a theory of federal power that is extremely broad—far beyond anything previously upheld by the Supreme Court. The decision is also a significant threat to federalism. As the petition explains,

In the Supreme Court’s enumerated powers cases, federal intrusion on an area of traditional state authority has been a preeminent concern. Regulation of wildlife is such an area of traditional state authority. The panel’s decision significantly changes this allocation of state and federal power by allowing Congress to regulate any activity affecting any species of wildlife, so long as it does so within a larger scheme. The panel’s decision directly creates the sort of federalism conflicts that the courts have sought to avoid. As explained in its amicus brief, Utah responded to the district court returning authority over the Utah prairie dog to the state by adopting a conservation program that is more sensitive to the impacts on Utah’s residents. . . By restoring the federal regulation, the panel’s decision would frustrate this state conservation program by restoring the criminal prohibition on catching a Utah prairie dog. States do not retain their traditional authority to manage wildlife if the federal government can make it a crime for them to engage in any activity related to that wildlife.