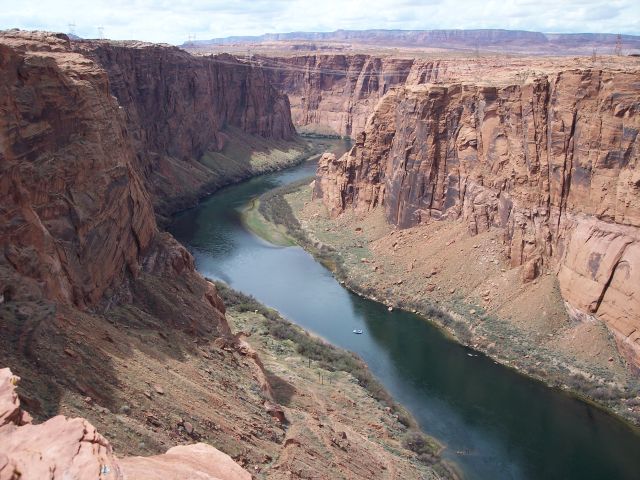 The title above may sound like the setup to a mediocre joke. But, this fall, the Deep Green Resistance, which the New York Times describes as a “far left environmental group,” filed a lawsuit in the name of the Colorado River, asking the court to recognize the river as a person with legal rights enforceable against the state of Colorado.

Charitably, law professor Reed Benson said of the novel theory: “I don’t think it’s laughable. . . But I think it’s a long shot in more ways than one.”

A long shot indeed. Last week, the lawsuit was voluntarily withdrawn, perhaps a tacit admission that the stunt had achieved its purpose—the suit was covered by media outlets across the country—and had no chance of success in the courts.

Why? First, courts have no way of deciding who represents the true interests of an inanimate object. A river has no preferences, at least none that it could express. Instead of the river’s interests, any lawsuit filed in its name would simply promote the preferences of whichever activist group filed it. That would empower the most extreme activists (which would naturally be most prone to object to any use of the river) at the expense of everyone else.

Courts do occasionally allow lawsuits to be filed on behalf of people or things that could not assert their own rights. Most obviously, parents can assert the rights of their minor children and the court can appoint a guardian if the parents inadequately protect those interests. Shareholders can file lawsuits on behalf of a corporation against directors that are mismanaging it. And, in a few special cases, lawsuits can be filed against property, with the property owner having the right to defend it.

In every example, the person allowed to sue stands in a special relationship to the person or thing that cannot represent its own interests. In the case of a river, however, who has such an interest? The most obvious choice would be the property owners who hold a right to the use of water that flows through the river. But they already can defend their property interests, without engaging in the legal fiction that they’re representing the interests of the river itself. The second choice is the state, but it too can go to court in its own right to defend its police-power interest in the river and the environment.

But what of activist groups like Deep Green Resistance? They have no special connection to the river. If they can sue, anyone can. And that’s why no court would ever go for it. Federal courts, for instance, require any person bringing a lawsuit to its doors show that she has “standing” to bring it, meaning that she has personally suffered an injury caused by the defendant’s actions, which the court could redress by ruling for her. They have consistently rejected the theory that one’s opposition to some government or private action gives one standing. The theory that anyone who opposes how a river is managed can sue on the river’s behalf is indistinguishable. It would allow anyone to sue based on any self-proclaimed environmental policy preference.

Those floodgates should not be opened. Environmental policy is already far too litigation driven. Vast resources that could otherwise go to providing real conservation are spent each year in lawsuits demanding more or different government regulation and to stop people from using their property as they wish.

These conflicts would be far better resolved through property rights and markets. Environmentalists have already begun to use water markets to preserve flows within rivers to protect fish and environmental benefits. The Snake River Water Trust, for instance, has used low-cost stream flow leases to protect fisheries while avoiding unnecessary burdens for agriculture.

Water markets, and not lawsuits, provide the best means of resolving conflicting demands to the Colorado River’s waters. Colorado has a long-established market for water rights that recognizes in stream flow rights. Environmental groups’ willingness to pay for those rights incorporates environmental values into the price, encouraging reasonable tradeoffs between drawing down the river and conserving it.