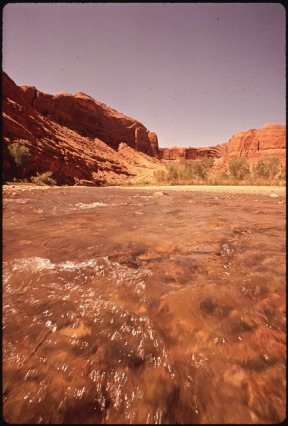 Within hours, several lawsuits were filed against the changes and several more followed over the next few days. All assert essentially the same theory: that the Antiquities Act silently forbids the President from modifying any monument once it is designated.

As PERC’s Shawn Regan writes in National Review and I’ve previously written in The Washington Post, that would be a significant departure from the ordinary rule that unilateral executive action is always vulnerable to the next President deciding to go another way.

We’ve been reminded of that a lot this past year. President Trump has taken the presidential eraser to the results of President Obama’s “pen and a phone” approach to governing, reversing many regulations and other policy initiatives. Congress can make policies permanent, by enacting legislation, but unilateral presidential decisions remain subject to the whims of presidential politics.

In a presentation for the Environmental Law Institute last week, I put the challenge that the lawsuits against the President’s decision this way: A court would have to hold that: Congress created, in the Antiquities Act, an exception to the rule that applies to every other unilateral executive action; (2) that it did so silently—nothing in the statute forbids monument reductions—which would be unprecedented; (3) that it did so without anyone commenting on it at the time; and (4) that no one noticed this for decades despite many Presidents reducing monuments. Together, these give the lawsuits really long odds.

What happens if the lawsuits fail, as I expect? In the short term, the management of these lands will be subject to the pendulum of presidential politics swinging back and forth. But taking the longer view, confirmation that monument designations are not set in stone will make it much easier for everyone with an interest in federal lands to come together and negotiate a legislative compromise. Until now, groups interested in heavily restricting the use of federal lands had little incentive to consider compromise because they presumed that their success in lobbying the President to establish a monument was a permanent political victory.

Now that monument supporters have something to gain from compromise—permanent protections for particularly important areas—what sort of reform might we see? Some monument lands may be converted into national parks, and there is already a proposal to do just that. The Antiquities Act may be amended to add procedural requirements making it both harder to designate new monuments and harder to reduce or revoke existing ones. And management of some monuments be transferred to tribal organizations.

But the biggest change would be to increase the ability for conservation groups to influence decisions about these lands other than through the political process. One way to do that would be to make it easier for them to bid for the non-use of ecologically sensitive lands, just as ranchers bid for grazing rights and energy companies bid for drilling rights.

We are the largest private landowner in #BearsEars National Monument. We are deeply disappointed & concerned w/ the Administration's decision to shrink these monuments. And we have our reasons >>> https://t.co/nwxeyv57l2 pic.twitter.com/nBL6DMSPX9

For instance, the largest private land owner in Bears Ears is the Nature Conservancy, which purchased the land to obtain the grazing rights. Unfortunately, since many rights on federal land are use-it-or-lose-it, environmental groups risk having their rights transferred to someone else if they obtain them with no intention of grazing, timber harvesting, or mining. With markets closed off to them, it’s not surprising that so many environmental conflicts end up being decided solely by politics. But it doesn’t have to be that way.