Trust is important, especially so for conservation. Successful conservation depends on the collaboration of many people: environmentalists, scientists, property owners, industry, and, often, government bureaucrats. Without trust, few will be willing to cooperate for fear that others won’t hold up their end of the bargain or will use the collaboration to take advantage of them. Everyone has something to gain from maintaining trust—and something to lose if it’s eroded.

Conservation as policing undermines trust by pitting the government against the people it needs to cooperate. There’s a reason, for instance, lawyers advise everyone to demand a lawyer before talking to the police, even if they’d done nothing wrong: a cop and a suspect are not collaborating to find the truth, the cop is trying to find some way to charge the suspect for something. Thus, cooperating can inadvertently land an innocent person in the soup if they say the wrong thing without realizing it.

If a property owner knows that there will be significant consequences to an activist or bureaucrat learning about some environmental asset on her land, she’ll take great pains to forbid anyone from finding out, perhaps even going to far as to destroy the asset. That’s what happens under the so-called shoot, shovel, and shut up response to finding an endangered species on private property. 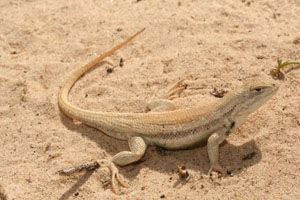 This effect is not limited to property owners who are opposed to conservation. Even those who want to be willing participants in conservation are concerned about the fallout from sharing information with government. When Texas tried to develop a conservation plan to protect the dunes sagebrush lizard in the Permian basin, one of the biggest obstacles was landowners’ concern that the state would share information about the habitat and species on their property with federal bureaucrats.

The property owners trusted the state not to use that information against them, but did not have the same trust of the feds. They feared that, once the federal agency knew where the animals and habitat were, significant regulatory burdens would soon follow, effectively punishing the landowners for their cooperation. The problem was resolved when the U.S. Fish and Wildlife Service agreed to let the state report data on a regional level, so that it could track how the conservation was going overall but wouldn’t have information for individual properties. Several activists challenged that agreement but, thankfully, the D.C. Circuit approved it as a reasonable compromise between the need to ensure the conservation efforts were succeeding and the need to promote trust between property owners and regulators. [Disclaimer: I filed an amicus brief supporting that result.]

Unfortunately, our too-often reliance on the administrative state to promote environmental values, rather than markets and private action, undermines trust and makes collaboration and compromise more difficult. Administrative law makes it too easy for administrative agencies to sacrifice long-term trust for short-term political gains. 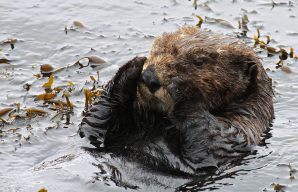 For instance, this morning I will be arguing two cases in the Ninth Circuit Court of Appeals concerning a compromise program to recover the California sea otter where trust was essential to the program being developed, but turned out not to be deserved.

California’s iconic sea otter was nearly driven extinct by fur traders, until hunting was outlawed in the late 19th century. However, the population remained small and geographically limited for decades. In the 1980s, the U.S. Fish and Wildlife Service and environmental groups wanted to establish a second otter population to both increase its range and make the species more resilient to local threats, like oil spills.

The plan was controversial. Otters are voracious consumers of shell fish and would thus deplete fishery resources. And fishermen were concerned about the risk that they would accidentally “take” an otter (by getting too close to an otter or if one swam into a lobster trap), an accident that could land them in federal prison and subject them to six-figure fines. Everyone wanted to see the otter recover but there were real trade-offs that had to be resolved.

The plan required the consent of Congress, so it would only go forward if a political compromise could be struck. Fortunately for the otter, a compromise was reached. Congress passed a statute authorizing the Service to move ahead with the plan on the condition that it adopt and implement several protections for the surrounding fishery and fishermen (including a limit on how far otters could expand into the fishery and an exemption from prosecution for incidental take). The fishermen abandoned their objections, trusting that the protections mandated by the statute would protect them.

Although the population grew much slower than the Fish and Wildlife Service initially hoped, today, there is a large and growing population of otters in Southern California thanks to the agreement. The otter has exceeded its population recovery goal in each of the last two years and the federal government credits the thriving Southern California population (which has been growing at 13% the last 5 years) as playing a big part in that recovery.

So you’d expect everyone to be happy, right? Wrong. In 2012, the federal agency declared the program a failure—despite the healthy and growing population—based on the population’s slow growth more than 20 years earlier. For that reason, the agency declared it would no longer honor the statute’s requirements to protect the fishery and the fishermen.

If this were an ordinary dispute between private parties, a court would simply look at the agreement and see whether it allowed one side to unilaterally terminate the other side’s benefit of the bargain. In this case, the statute says the Service “shall” adopt a regulation that “must” contain the protections and, for good measure, directs that the Service “shall implement” them. Unfortunately, in the modern administrative state, that’s not how courts resolve conflicts between federal agencies and private parties. Instead, under doctrines of deference, courts are required to put a heavy thumb on the scale in the agency’s favor; they must defer to the agency’s interpretation of the statute unless it is absurd.

Allowing one side to a compromise to reinterpret the agreement in the future, based on what’s most favorable to it at the time, makes any agreement treacherous for the other side. And the biggest consequences of eroded trust fall on the environment itself. If property owners fear that, by preserving species or habitat, they are courting ruin, they’ll stop. And if agencies don’t honor agreements, they will poison the well for future collaborations. After what happened with the sea otter, how likely are Southern California’s fishermen to be willing to work with the Service again to help otters or any other environmental issue?