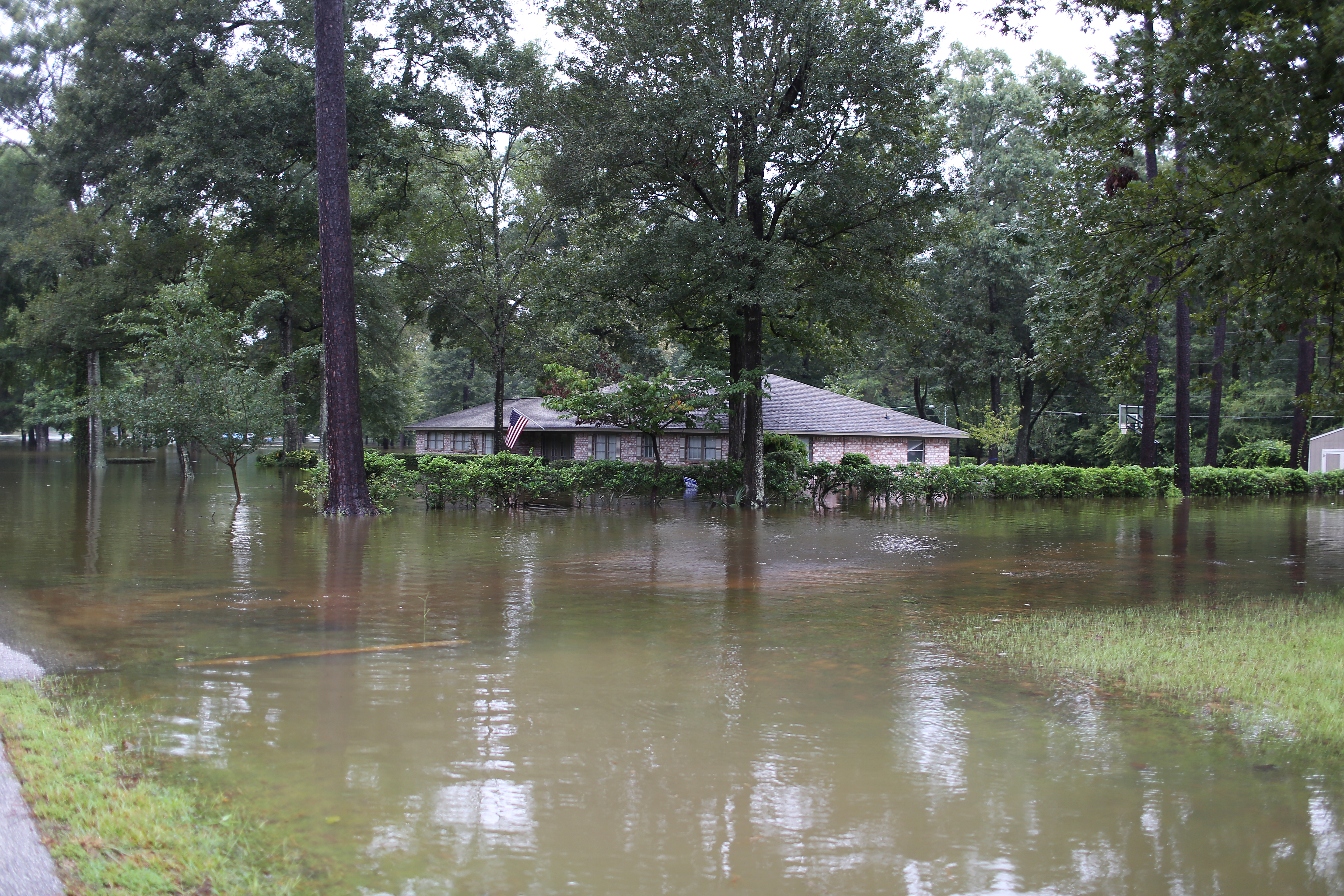 With the devastation wrought by Hurricane Harvey and expectation that Hurricane Irma will soon bring similar images to our screens, many people are reconsidering whether federal policy should subsidize (and therefore encourage) building in flood prone areas. [Photo courtesy of Jill Carlson.]

The National Flood Insurance Program sells insurance to property owners in flood plains, but doesn’t set the price based on actuarial risks. Instead, it charges far less, which has predictably led the program to a $25 billion debt.

Reform has proven politically difficult because the property owners who benefit from the subsidy will lobby hard to protect it. That’s unfortunate because properly priced insurance can be an effective means of encouraging environmentally responsible behavior (like building in less vulnerable areas).

Insurance is not only useful for protecting property; it can also help protect vulnerable environmental assets. In Mexico, the Nature Conservancy and an insurance company have designed a new insurance policy to protect a stretch of coral reef. The reef is especially valuable to seaside hotels that rely on it to attract tourists, giving them an incentive to pay the premiums for the insurance.

Prior to this experiment, the hotels relied on the government to protect the reef, and have been paying extra taxes to undo the damage from a recent hurricane. But because the money is administered by government officials, its allocation is at the whim of politics rather than what’s best for the reef and the businesses that depend on it.

After Hurricane Wilma struck in 2005, causing $7.5 billion of damage in Mexico, beachfront hotel owners began paying extra taxes to the state government to handle beach restoration and protect the reef. The owners are skeptical of the usefulness of those payments. “Where it’s going is anybody’s guess,” says Miguel Angel Diego, who sits on the board of the association that represents hotels in the area.

Relying on private insurance to protect environmental assets has two positive effects: 1) the cost of premiums signal opportunities to reduce risks; and 2) claims can immediately free up funds to quickly restore the asset.

Insurance gives hotel owners one more reason to help keep the reef healthy enough to continue blunting the force of storms. If they don’t, “they’re going to pay for it” with higher insurance costs . . .

Without this price signal, hotel owners might not see opportunities to improve the reef or reduce risks to it. And, even if they do, they might lack the collective will to do anything about it. An insurance policy can solve that problem by bringing people with a common interest together and giving them a direct financial stake in addressing a problem. With the expectation that the coast will become more vulnerable over the next century, incentivizing the protection of barriers like reefs, mangroves, and dune systems is likely to become increasingly important.

A private insurance company’s ability to respond quickly to a natural disaster or growing threat is a significant advantage over relying on government. The government has no obligation to quickly provide compensation or remediation, and even relief packages after major national disasters seem to inevitably get held up by partisan politics.

If the reef insurance experiment works, it could provide a model for protecting other environmental assets, at least where they provide so-called “ecosystem services”—benefits that can be directly translated into a financial benefit for nearby businesses or property owners. There needs to be someone, or a group of someones, willing to bear the cost of insurance premiums. Public choice economics shows that it is politically difficult to get people to bear the cost for something that they previously enjoyed at the government’s expense.

But where the impact on nearby businesses and property owners is significant, and the cost of government delay and partisan politics detrimental enough, there may be a will. A coastal community that depends on a dunes system to protect against storm surges, for instance, may benefit greatly from insuring the dunes. A city that is dependent on a beautiful park or scenic area vulnerable to wildfires may also benefit, gaining an incentive to reduce that risk and compensation to offset the damage of fires that can’t be avoided.