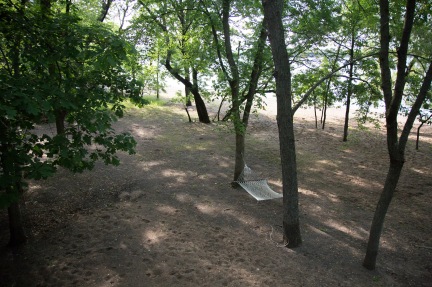 The Supreme Court is considering an important Takings Clause case on the government’s obligation to pay when it regulates away the value of your property. In Murr v. Wisconsin, a family owns two adjoining lots on the St. Croix River. When the family went to sell one to finance repairs to the cabin on the other, the local government forbade them from selling the lot unless they also sold the cabin lot. The two lots could no longer be separately sold or developed, but would be treated as a single, larger lot.

Adding insult to injury, the local government declared that it wouldn’t pay the Murrs for taking away their development rights. According to it, there hasn’t been a taking, despite the loss of the right to develop the neighboring lot, because the government hasn’t taken the cabin lot. The Supreme Court will decide whether that’s a proper defense to a taking claim or whether, when the government takes away the ability to develop a legal lot, it much compensate the property owner.

The latter rule is not only more fair but also creates better incentives for government to only regulate when the gains to society are larger than the loss to the property owner. If the government can avoid compensation, it can impose destructive regulations at will without considering whether they’re justified. [Disclaimer: Pacific Legal Foundation represents the Murrs at the Supreme Court.]

A robust interpretation of the Takings Clause would broadly require government to compensate property owners whenever it restricts the use of property. It would also create a price signal that would align the government’s incentives with the interests of those they govern. If the government has to bear the costs of its regulations, it’s more likely to ensure that the benefits outweigh them.

Otherwise, the government has little reason to care about costs unless there’s political pressure for it to do so. But when restrictions are imposed on undeveloped land, the owners may not even live in the jurisdiction and have a vote with which to hold local politicians accountable.

In opposing a right to compensation, the government claims that the economic impact is not so significant. It claims, everything the property owner believes to the contrary, that a single large developable lot is almost as valuable as two smaller, separately buildable lots.

But the government typically does not have to pay when regulations restrict property rights. Consequently, the government has every incentive to play up the benefits of regulation while dismissing or downplaying the costs. It knows that the cost-benefit calculus is solely a question of political rhetoric rather than a real exchange.

The Supreme Court has an opportunity to make a small improvement by increasing the number of situations where the government must bear the burden of its regulations. That result is not only more fair, but would improve government incentives and encourage the government to focus regulation—particularly environmental regulation—where it can do the most good at the lowest cost, rather than making these decisions based solely on raw politics.